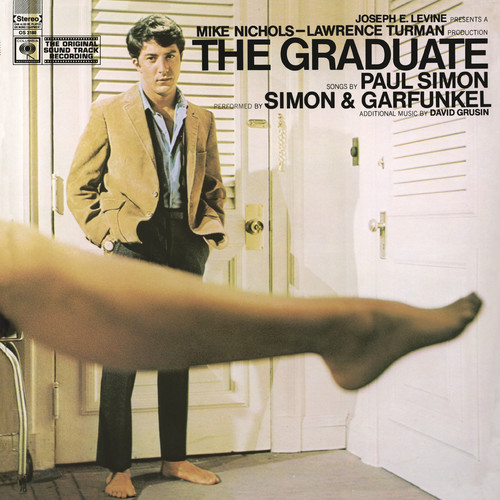 Vinyl LP pressing including digital download. The Graduate is an album of songs from the soundtrack of Mike Nichols' movie The Graduate, featuring songs from the folk-rock duo Simon & Garfunkel. Released on January 21, 1968, the album was produced by Teo Macero. Although the album features two versions of the acclaimed "Mrs. Robinson", neither is the full version as featured on Bookends. The first is an instrumental, while the second is abbreviated, tapering off as it does in the film. However, the other major song of the album, "The Sound of Silence" is used three times in the film. Simon & Garfunkel were an American folk rock duo consisting of singer-songwriter Paul Simon and singer Art Garfunkel. They were one of the best-selling music groups of the 1960s and became counterculture icons of the decade's social revolution, alongside artists such as the Beatles, the Beach Boys, and Bob Dylan.