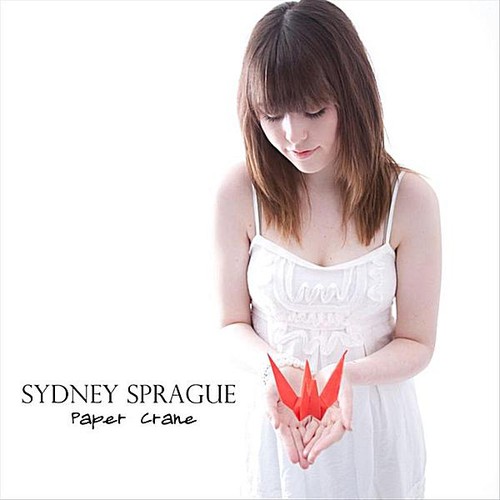 In early 2008, from seemingly nowhere, singer/songwriter Sydney Sprague emerged onto the Phoenix AZ music scene. Maybe the term emerged would be too subtle, more like a cannon shot. In almost the flash of an eye Sydney became the "IT" girl in the desert southwest.. Amazing songs, voice, style and presence. Frequently supporting major label and indie label touring acts, Sydney performs heady and deep music that seems more likely to come from seasoned veteran artists than an abundantly cute but talented young singer/songwriter. Her music is timeless, her lyrics are years beyond her lifespan, profoundly metaphoric, dramatic and soul searching, with melodies that burrow their way into your head to be held captive until they have transformed you to her liking. Born in Austin Texas, the live music capital of the world, Sydney spent her formative years not thinking of being a singer/songwriter but still yet living amongst some of the greatest musicians ever to inhabit the blue planet. It would take only a few years and a move to Scottsdale Arizona to understand the true impact of such a strong musical environment. If it's true things are bigger in Texas, Sydney may well add an exclamation point on the end ! With stellar reviews from Grammy winning songwriters Gordon Kennedy and Wayne Kirkpatrick, Sydney's song writing, music and style are as big as Texas itself. Delivering lyrics with smooth, silky, pitch perfect precision, Sydney clearly has her stuff together, lyrics, melodies and persona. Sydney owns her style and her sound and she willingly shares it with her audience in abundance. Even before the first note is delivered onstage, until the last poignant lyric is delivered, you know this girl "gets it". With all there is to love about indie, alt rock, pop, and Americana, Sydney's songwriting and sound is truly her own. Sydney has her musical domain firmly surrounded. Frequent comparisons run broad, from Katy Perry to Nora Jones to Feist to Jenny Lewis/Rilo Kiley, proving that Sydney has her own unique and distinctful mastery of warm, soulful indie rock. Her lyrics are profoundly metaphoric with ultra catchy hooks truly the size of her homeland Texas. Song after song, Sydney's lyrics are much like looking in a mirror back at yourself, and then you too, "get it".