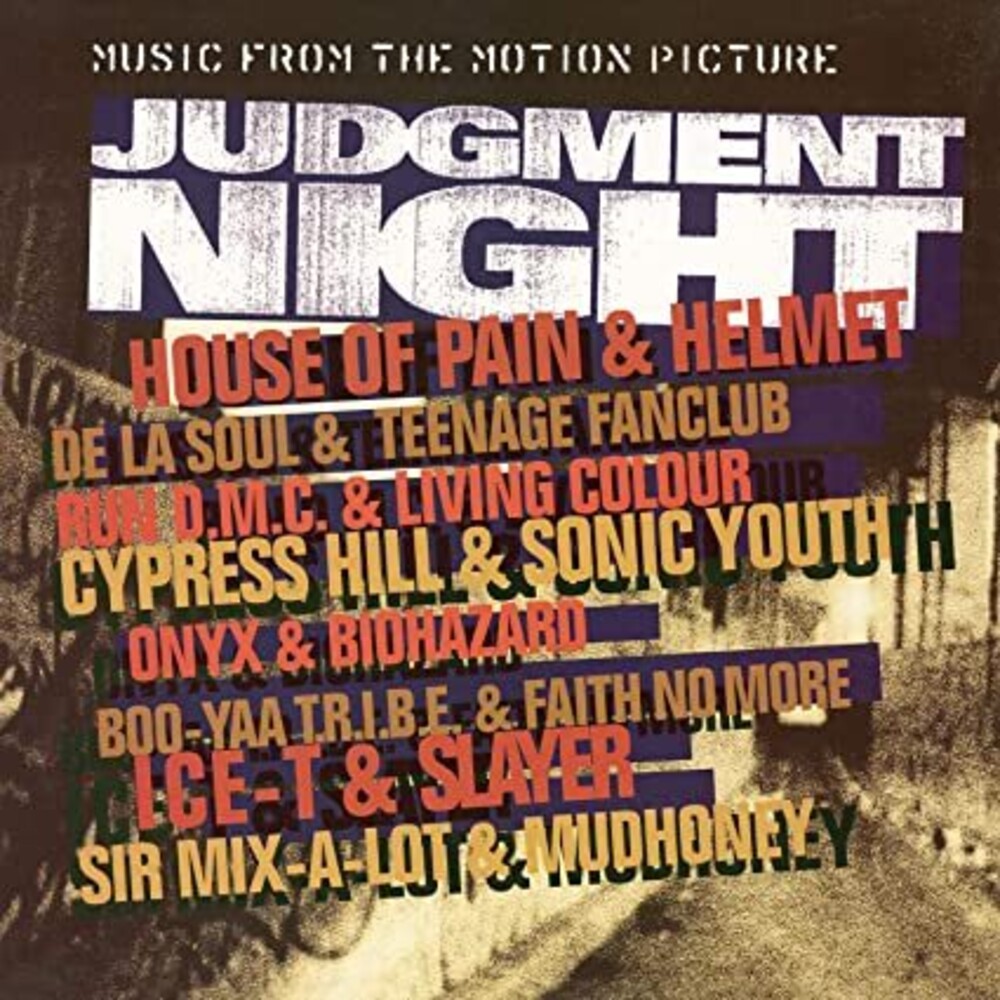 Limited 180gm orange and yellow colored vinyl LP pressing. Judgment Night is the soundtrack to the 1993 film of the same name. It was released on September 14, 1993 through Immortal Records and Epic Soundtrax and was produced by many of the album's performers. Every song on the soundtrack was a collaboration between hip-hop artists and rock artists. The album peaked at #17 on the Billboard 200 and spawned four singles, "Fallin'" by Teenage Fanclub and de la Soul, "Another Body Murdered" by Faith No More and Boo-Yaa T.R.I.B.E., "Just Another Victim" by Helmet and House of Pain, and "Judgment Night" by Biohazard and Onyx.