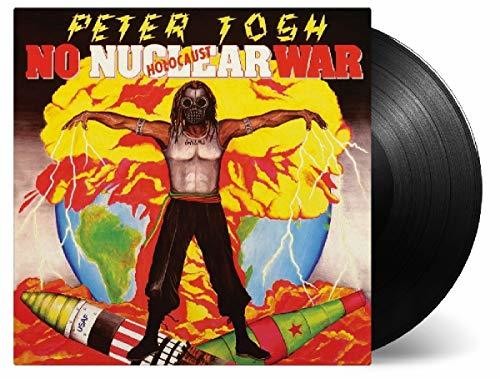 Limited 180gm audiophile vinyl LP pressing including printed inner sleeve. Nuclear War is the final album by the Jamaican musician Peter Tosh, known for being one of the core members of the Bob Marley backing band The Wailers. A few days after the release of this album he was murdered during a home invasion. He combines elements of reggae with roots and the popular dancehall music from that period. 'Vampire' is a straight-forward roots songs, while others are more danceable. The lyrics are powerful and a strong part of the message Tosh wants to spread to the public. It received a Grammy Award for Best Reggae Album in 1988.