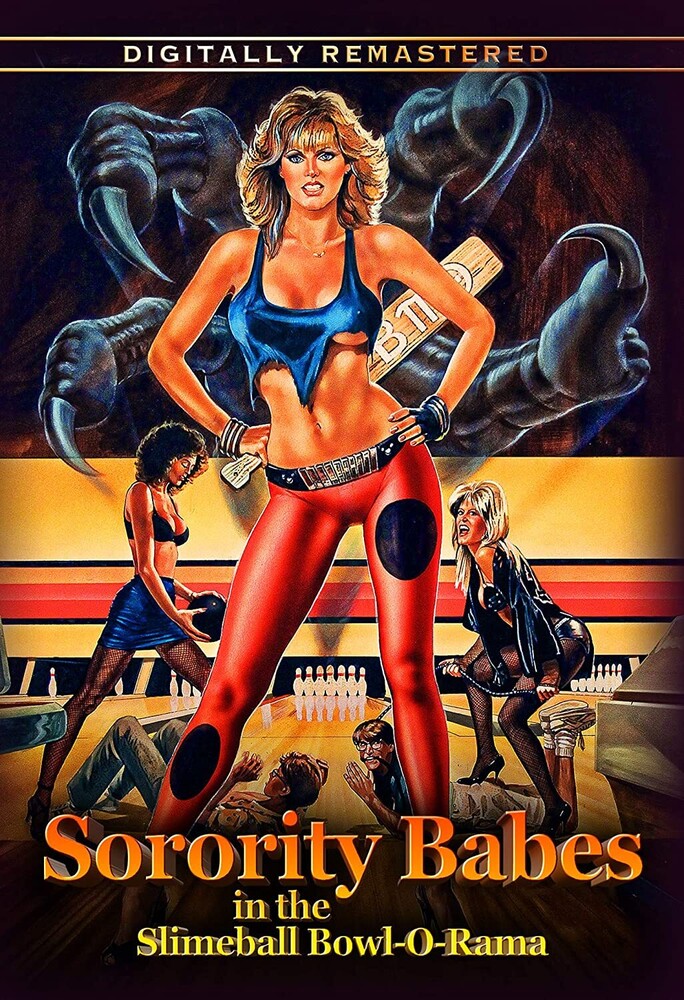 Sorority Babes In The Slimeball Bowl-O-Rama

In a bowling alley from hell... there's only one way to score! There are no freshmen in the college of love, and they're about to graduate to madcap mayhem when a sorority prank goes crazy. Out to steal a trophy from a local bowling alley, the kids accidentally unleash the imp - a sadistic little spirit with a diabolical sense of humor. He creates demons and loves sexy women. He's the original party animal, inviting you to come along and die laughing - just like everybody else. The Sorority Babes won't live through initiation, but don't blame that cute little killer. He's evil by nature and funny as hell. And even if you can take a joke, it kills you.