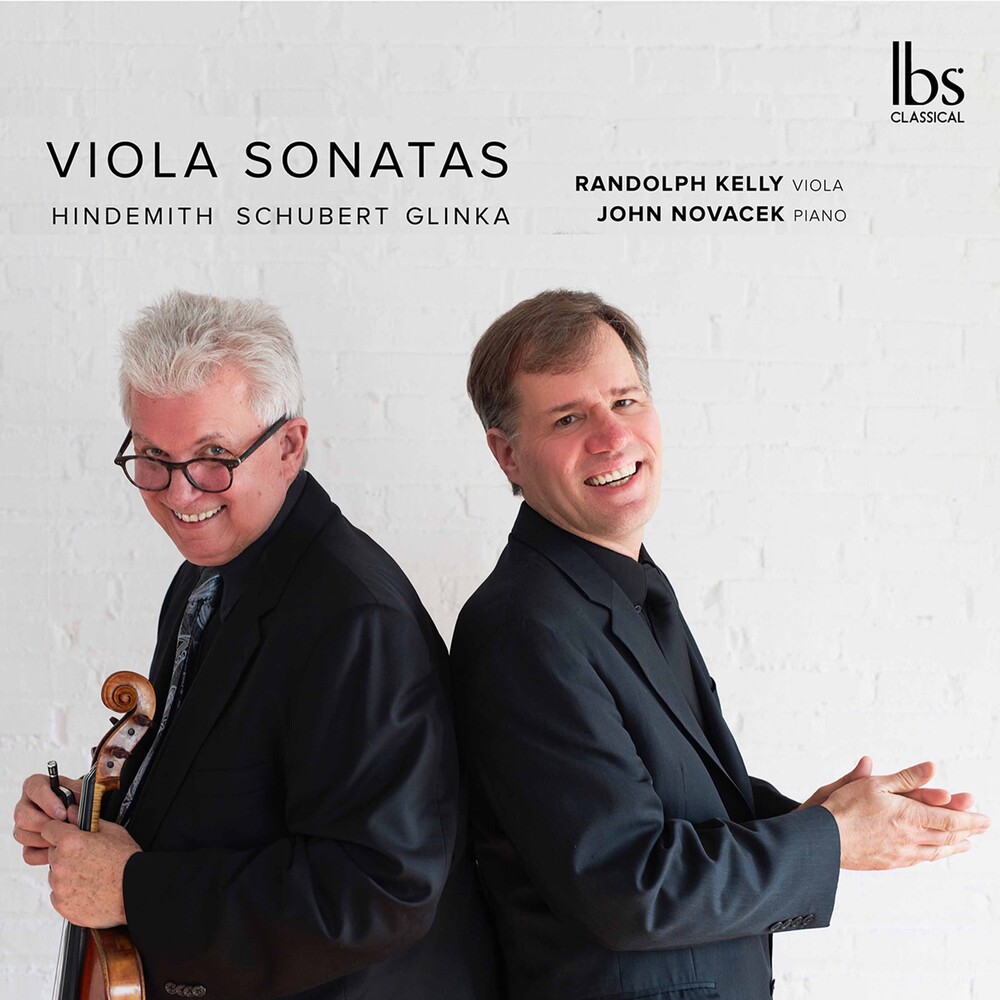 This new release features three fundamental works in the repertoire for viola and piano: the Arpeggione Sonata by Franz Schubert, the Viola Sonata Op.11 NÂş4 by the violist and composer Paul Hindemith, and the Viola Sonata by Mikhail Glinka. Randolph Kelly has enjoyed a distinguished and multifaceted career as a soloist, chamber musician, and principal orchestral player. Mr. Kelly has appeared on some of the most prestigious concert stages in the world, including performing the New York premiere of Sir Michael Tippet's Triple Concerto in Carnegie Hall, conducted by AndrĂ© Previn. Mr. Kelly is widely known for his tenure as Principal Violist of the Pittsburgh Symphony Orchestra, a position he held for 42 years. He was first engaged by AndrĂ© Previn in 1976, and has since played under the direction of Lorin Maazel, Mariss Jansons, and Manfred Honeck. In a personal letter to him, Previn once expressed that Mr. Kelly "transformed [his] section into what I believe is the best viola section of any orchestra in America." John Novacek is a much sought-after collaborative artist and has performed with Joshua Bell, Matt Haimovitz, Leila Josefowicz, Cho-Liang Lin, Yo-Yo Ma, Truls Mork, Elmar Oliveira and Emmanuel Pahud, and, as well as the Colorado, Harrington, Jupiter, New Hollywood, St. Lawrence, SuperNova and Ying string quartets. John Novacek took top prizes at both the Leschetizky and Joanna Hodges international piano competitions, among many others.