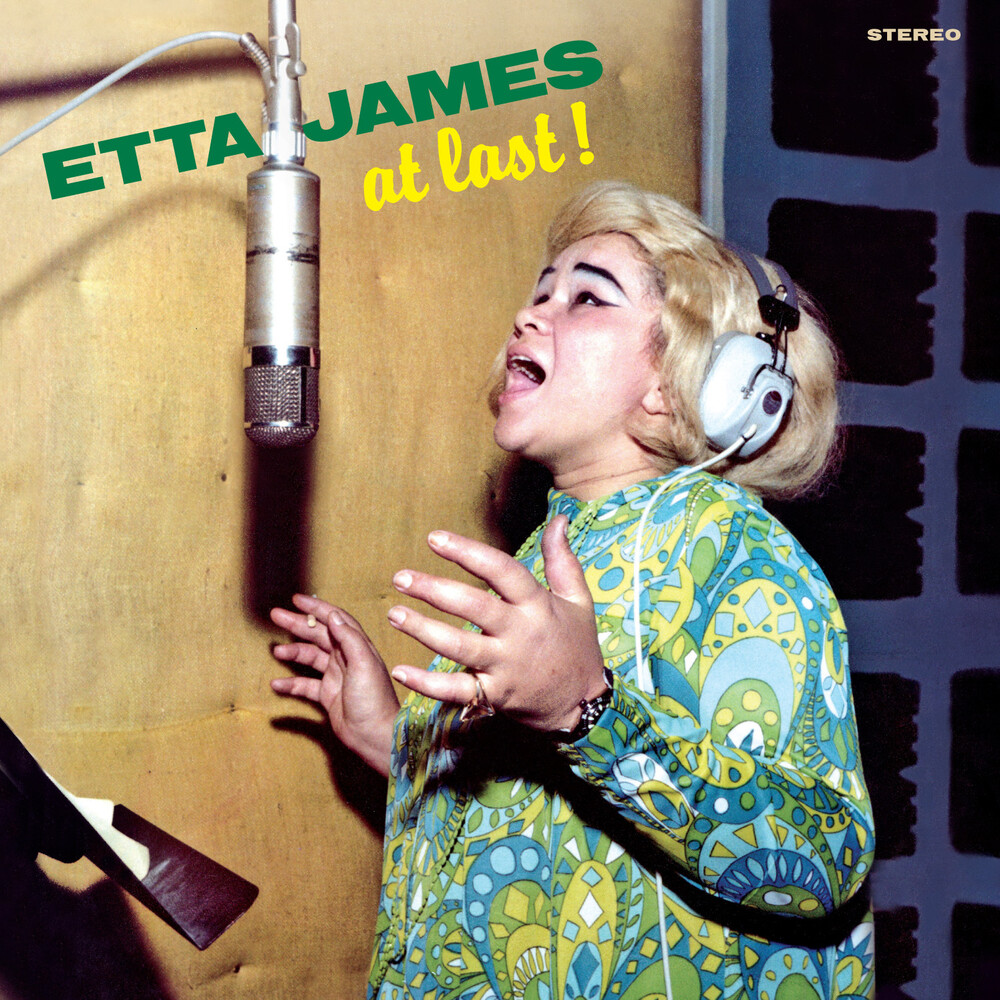 Limited 180gm colored vinyl LP pressing including six bonus tracks. "The question of whether Etta James became a pop singer, a jazz singer, or a blues singer needn't detain you long. She was all of those, as At Last bears out, and more besides. James touched on gospel, doo-wop and rhythm 'n' blues with equal facility. "Dance With Me, Henry" was a hit, but renamed "The Wallflower" and covered by Georgia Gibbs. Because James had a composition credit, it made her some money, but she didn't like to be bested. She made sure that the next time it would be her name on the label. " Penguin Guide to Jazz "At Last!, her debut LP, made for the celebrated Chicago label Chess, certainly is one of her most memorable. It's impossible to not be moved by the power of her voice, beginning with the opening notes of "Anything to Say You're Mine". Every phrase, every word is attacked with an energy that commands respect. But beware, this young woman (she was only 22 at the time) could also take on the sweetest forms of a melancholy ballad, such as "Stormy Weather", and manage to achieve tenderness. At Last! Is one of the key soul music albums of the early 1960's." Jazz Magazine ETTA JAMES, lead vocals; The Riley Hampton Orchestra. Arranged and conducted by Riley Hampton. Recorded in Chicago, Illinois, 1960 and 1961. Original sessions produced by Phil and Leonard Chess.
back to top