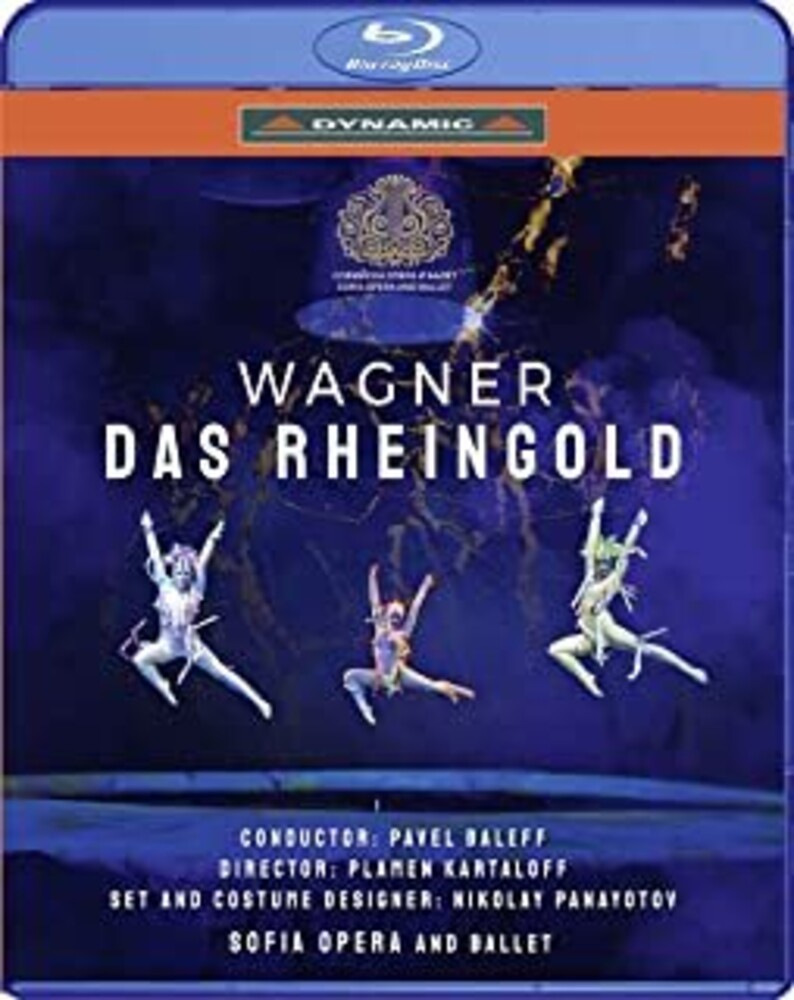 Wagner sourced material for his national legend Der Ring des Nibelungen in medieval German and Scandinavian sagas, though much was his own invention. Das Rheingold is the prologue to this tetralogy of music dramas. It introduces the principal events in this visionary work, the theft by the Nibelung dwarf Alberich of the ring made from Rhine gold, and it's seizure by Wotan, ruler of the Gods. This production was recorded in 2010 at the Sofia Opera and Ballet theatre as the first title of the complete Wagner cycle that we will be releasing entirely in separate titles. The theatre's managing director Plamen Kartaloff succeeded in creating an amazing "Sofia Ring" with local cast and crew, chiseling each detail with care: from singers's vocal training to set design, lights and costumes, thus delivering a most modern and captivating rendition which was acclaimed by international press.