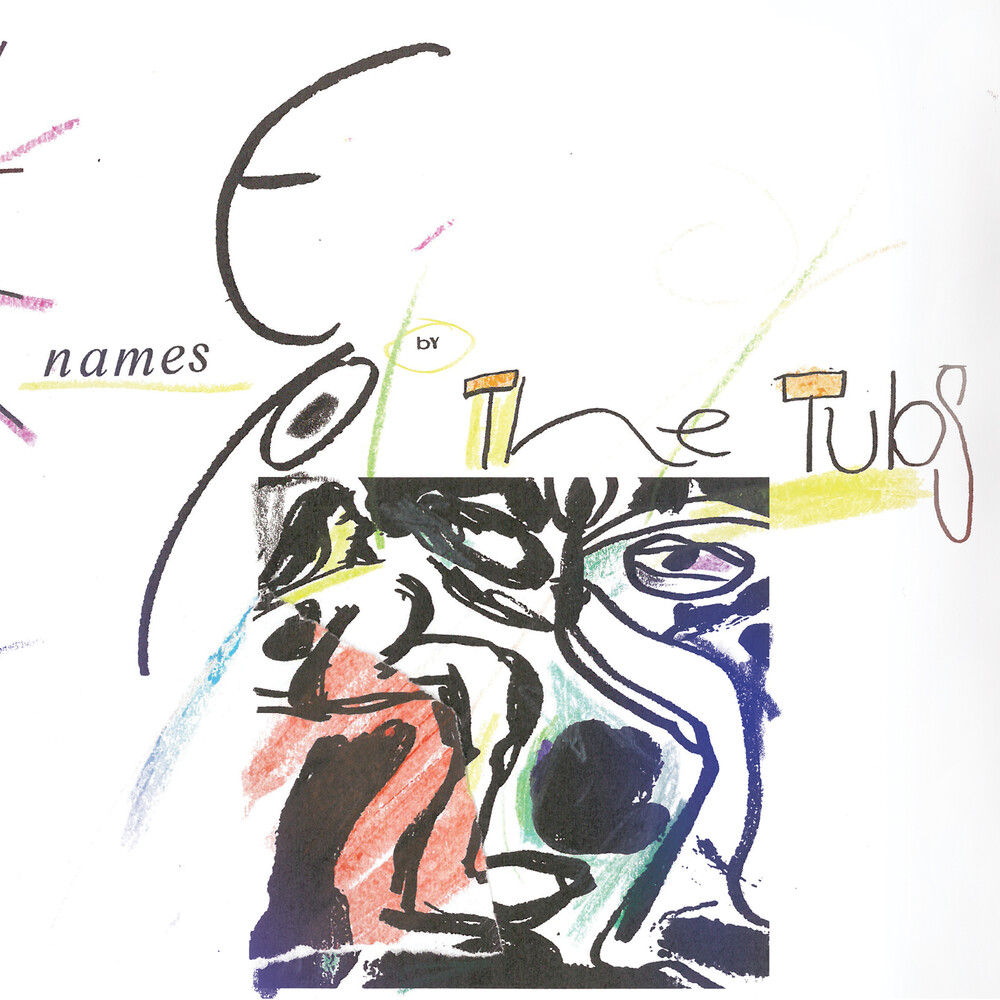 The Tubs were formed in 2019 by Owen Williams and George Nicholls, formerly of much-loved Welsh pop band Joanna Gruesome. The two hunkered down in rural North Wales to expand on the fuzzy, hook-laden sounds they propagated in their former outfit, this time incorporating elements of post-punk, traditional British folk, and guitar jangle seasoned by nonchalant Newell-influenced pop hooks & contemporary antipodean indie bands (Twerps/Goon Sax, et al). They hit the ground running, releasing the "I Don't Know How It Works" 7-inch on Prefect Records in Feb. 2020 and playing gigs with UK colleagues like Porridge Radio, Ex-Void and Marcel Wave, as well as support for Flasher & Public Practice. After a few lineup shuffles, they recruited Max Warren (bass), Steve Stonholdt (guitar) and Matthew Green (drums) to solidify the current lineup. Trouble In Mind is honored to be co-releasing their newest effort worldwide, the "Names" 7-inch EP - our first 7-inch release in four years (that's how good it is!) - alongside Prefect Records in the UK.From note one, the "Names" EP is all business, with "Illusion"s punchy, working class riffs (suitable for stargazing or naval-gazing) gallop forward, with Williams pontificating on his reflected reality vs. The illusion of self; a two-minute earworm on gender confusion. "The Name Song" is next, with it's persistent jangle, laundry list of Williams' favorite Seventies names & instantly memorable chorus of "I don't care about anyone" coyly delivered with a sardonic wink and nod. "Two Person Love"s fuzzy lead line opens side two, (an ode to "erotomania") barreling forward like a Fairport deep cut on ephedrine. A woozy cover of Felt's "Crystal Ball" ends the EP, a faithful love-letter to an obvious influence, draped in a gauzy flange. Wrapped in an eye-catching sleeve design by Total Control's James Vinciguerra, the "Names" EP practically screams "essential". Look for more music coming soon on Trouble In Mind from The Tubs as the band heads into the studio to record their debut album.