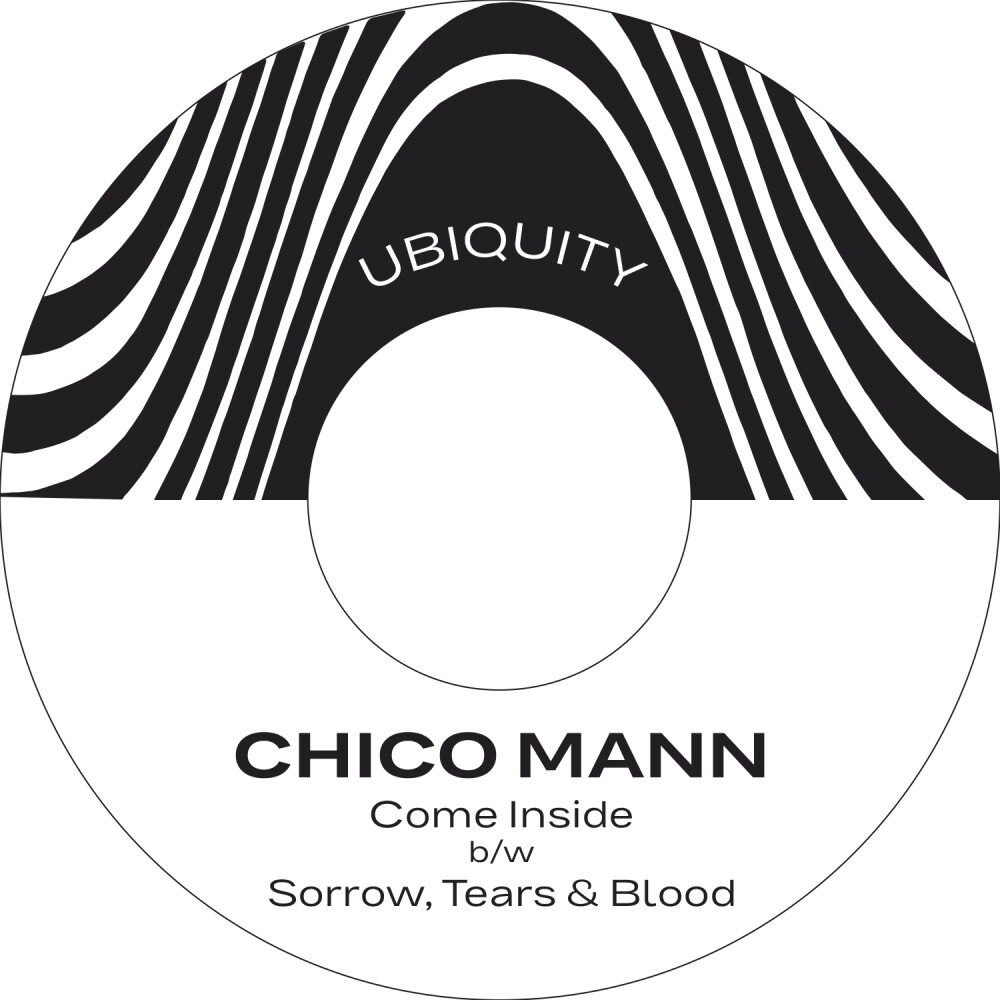 Come Inside b/w Sorrow Tears & Blood is the first single from the Chico Mann album "Double Life". The guitarist/producer is back at the helm with a fresh set of tunes under his "Chico Mann" moniker since his 2013 '80s electro-funk and boogie album "Magical Thinking". Founding the hard rock meets West African funk outfit Here Lies Man during his hiatus, his new effort seamlessly melds his dual musical personas which is inherent in the title of the album.  Starting out as a collaboration with bassist JP Maramba, "Come Inside" soon became one of the high points and an integral part of their live show with it's frenetic energy. Conceptually, the music is an expression of the chaos and fast pace of modern life while extending an invitation to leave the door open to a new way to interface with the world that is more balanced and values authentic experiences over materialism.  On the flip, Fela Kuti's "Sorrow Tears & Blood" gets the psychedelic treatment. Being the first song from Fela's catalog that he'd heard, he was immediately hooked on the groove and power of the underlying message "The takeaway from that song for me is that it's of the utmost importance to ground myself in music and creative expression as a form cultural resistance. Therein lies beauty and determination in the face adversity."