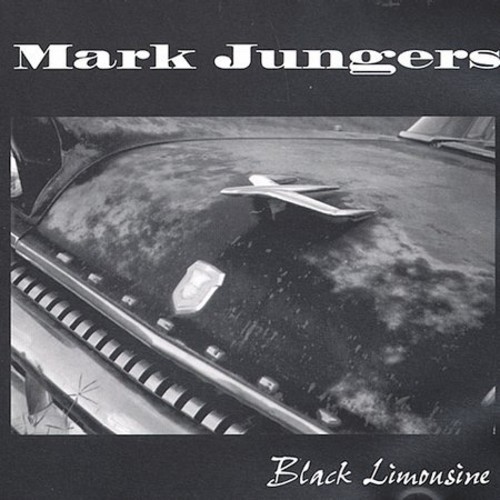 It's been said that musicians get to spend their whole lives making their first record. For guitarist, singer/songwriter, and harmonica player, Mark Jungers (pronounced 'Youngers'), that pretty much happens to be the case. Nearly twenty years after he joined his first band, Jungers has finally released his recording debut, the remarkable Black Limousine. American heartland music rooted deep in the soil, this is an evocative collection of alternative country songs in the well-traveled tradition of Steve Earle, Joe Ely, and Son Volt. Produced by bassist and high harmony singer Dave Ray- with whom Jungers played with in the late '80s /early '90s Austin band, The Masons- Black Limousine features Adrian Schoolar on lead guitar and harmony vocals, Bobby Snell (Charlie Robison Band) on pedal steel, Wes Green on mandolin, Rachael Dreas on fiddle, Dave Boyle (Scabs) on Hammond B-3, and Phil Bass (Monte Montgomery Band) on drums. Black Limousine is the by-product of Jungers' years of songwriting experience & commitment to the art of song craft. His motivation is clearly less commercial than it is artistic. No wonder AudioGalaxy called his music 'unabashedly populist.' It's not that Mark would look down his nose at a financial windfall, but he knows that monetary success (or the pursuit thereof) often comes at the expense of more personal concerns. As Winton Porterfield perceptively wrote in The Chautauquan, 'Mark's music reflects time on the farm, time on the road, and a sense of the heartland.' In the end, then, Mark Jungers is- and always was- a good 'ol farm boy with a steadfast work ethic. And by the way, he happens to be a great songwriter.