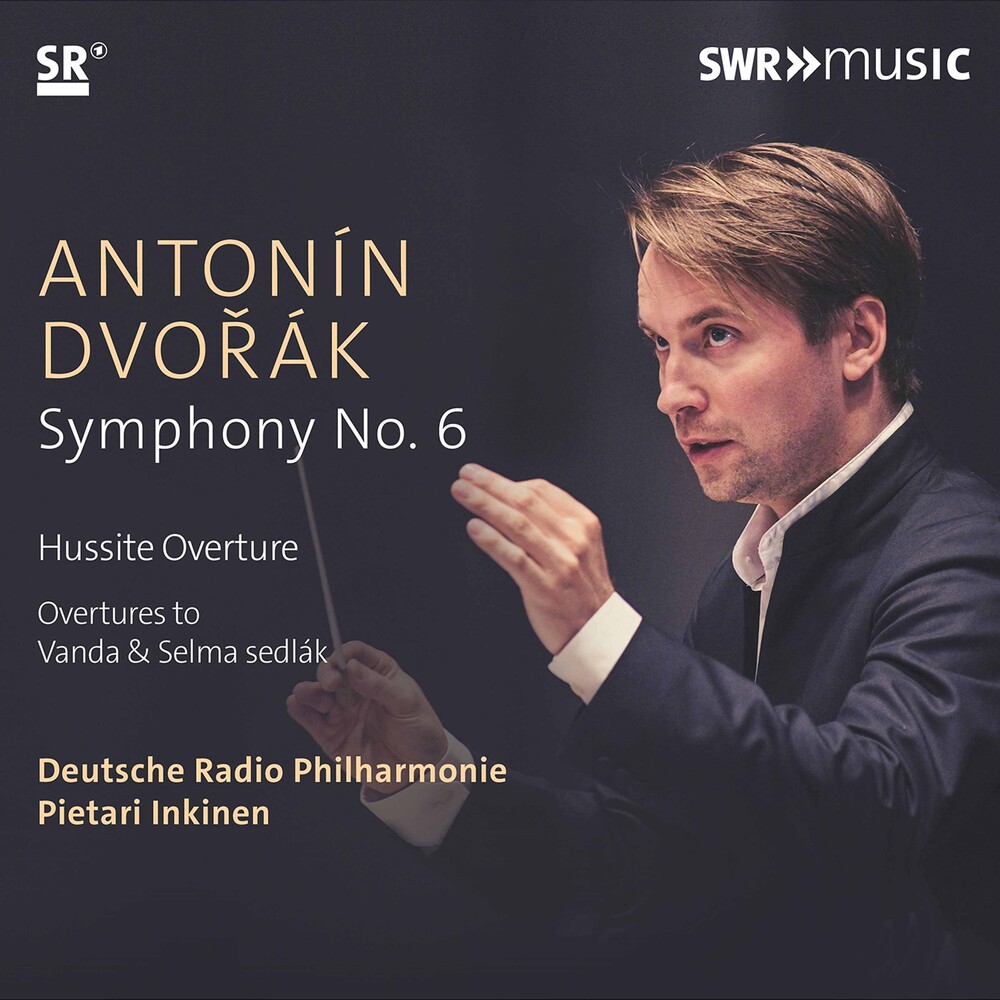 This is the fifth installment in the series dedicated to Dvorák's complete recordings of symphonies, combined with concert and opera overtures. The DRP performs greatly and Pietari Inkinen, the shooting star of the international conductor scene and worldwide on the move, is very convincing. Dvorák's Sixth Symphony in D Major, composed in the late summer and autumn of 1880, was later often referred to as Dvorák's "first" because it was not only the first one published by Simrock but is considered to be the first of his brilliant masterpieces regarding this genre. Already his contemporaries agreed: Dvorák had not only mastered the large-scale form of four-movement symphonies but had also developed his individual, distinctive style. "This symphony reflects the cheerfulness, humour and passion of the Czech people", said the early Dvorák biographer Otakar Sourek. This work is on album combined with the Hussite overture and the overtures to Selma sedlák and Vanda.