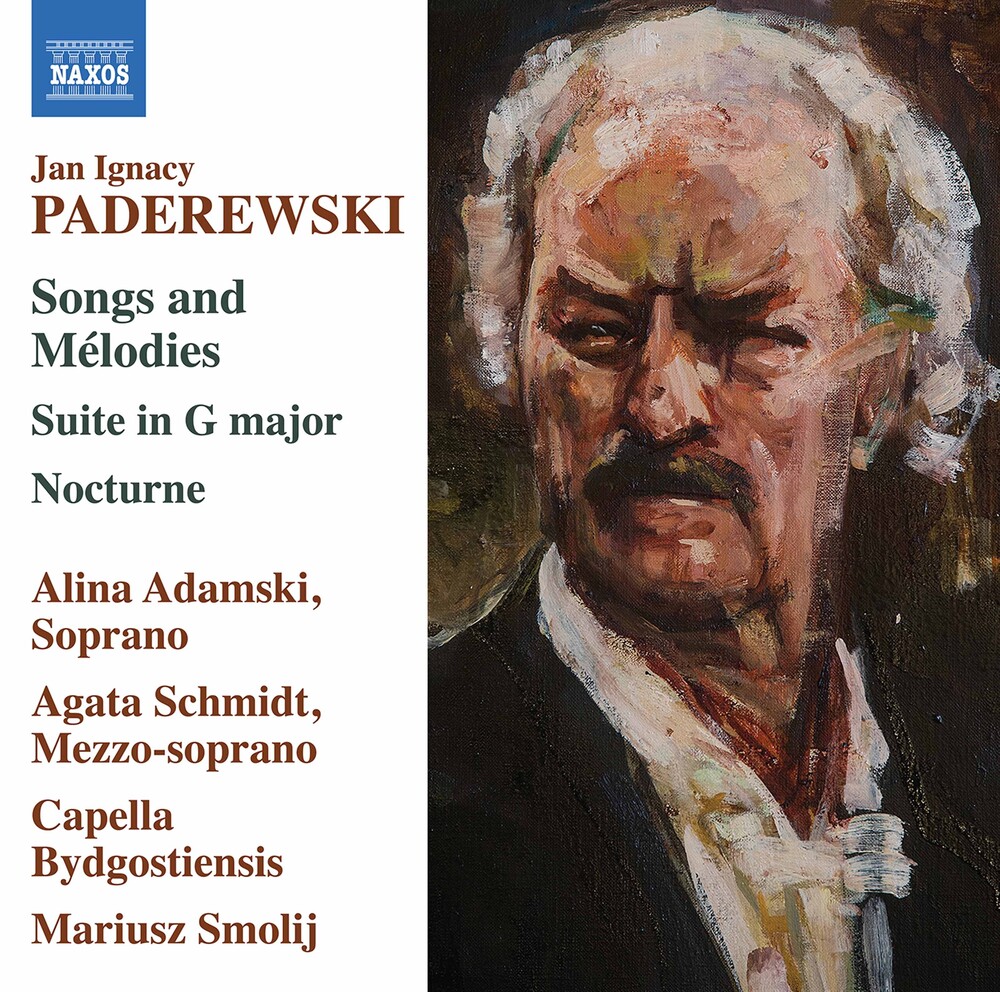 Although Paderewski is more readily associated with his career as a legendary virtuoso pianist, his modest output of 70 orchestral, instrumental and vocal works deserves to be more widely known. Prominent among his vocal output is a series of early songs that reveal natural flowing patterns while exploring both melancholy and folk idioms. The Douze MĂŠlodies, written at the end of his compositional career, is the most original and striking Polish set of songs of the period, notable for dissonance, chromaticism and a palette of rich and unusual musical colors, to which this orchestral arrangement adds a whole new dimension. Little known, the early Suite in G major offers youthful warmth and brio.