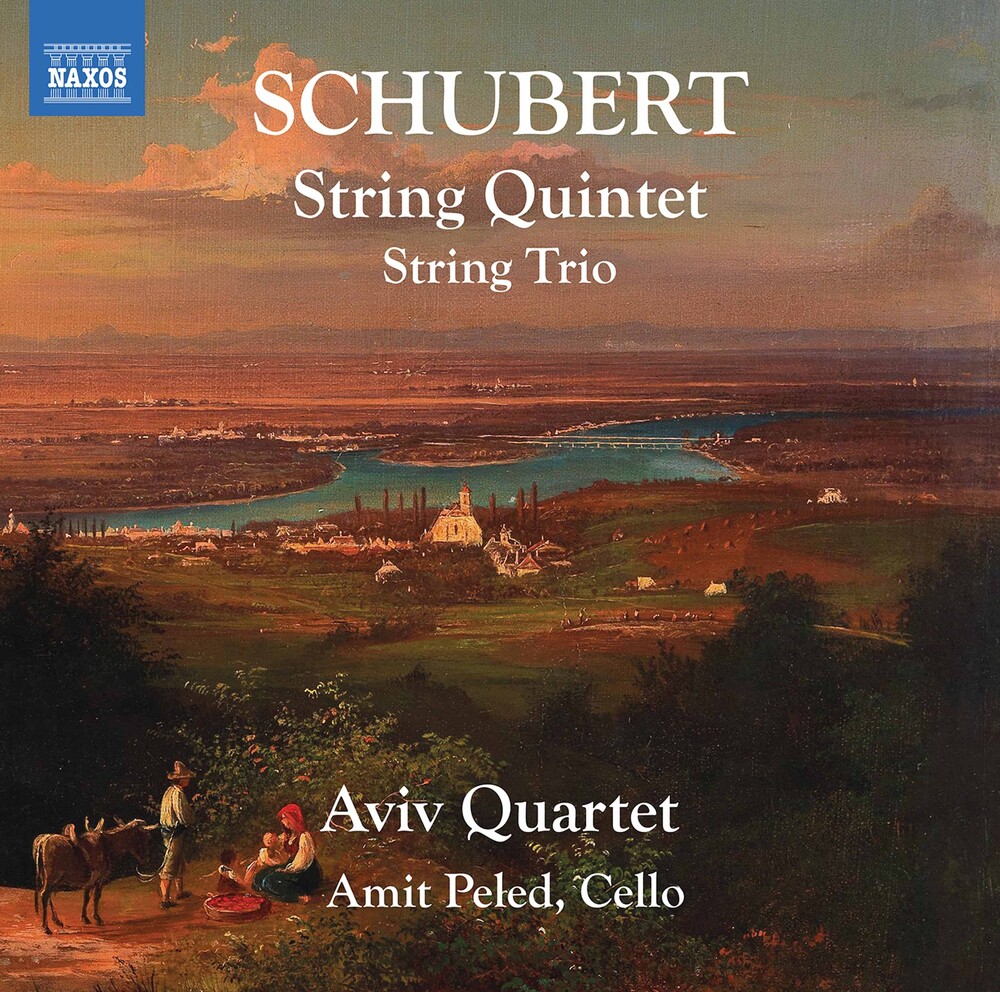 Schubert's String Trio was modeled after the example of Beethoven, and it's transparent textures, Classical structure and fine interplay are capped by a charming Rondo finale. Composed over a decade later, during the period of his final illness, the String Quintet is wholly different in character. Scored for two violins, viola and two cellos, it is one of the most compelling and moving works in the chamber music canon, and stands as the summation of Schubert's writing for chamber forces. Praised by The Strad magazine and The New York Times, internationally renowned cellist Amit Peled is acclaimed as one of the most exciting and virtuosic instrumentalists on the concert stage today. Peled has released over a dozen recordings on several labels including Naxos. The Aviv Quartet made their Naxos debut in 2003, presenting Hoffmeister's Op. 14 String Quartets (8. 555952). It was followed by Schulhoff's String Quartets Nos. 1 and 2 on 8. 570965, which received positive feedback from ClassicsToday. Com: 'This music, rhythmically charged and alternately folk-inflected and harmonically contemporary, is absolutely wonderful, and it's very well played... The group is also quite sensitive to Schulhoff's use of tone-color'.