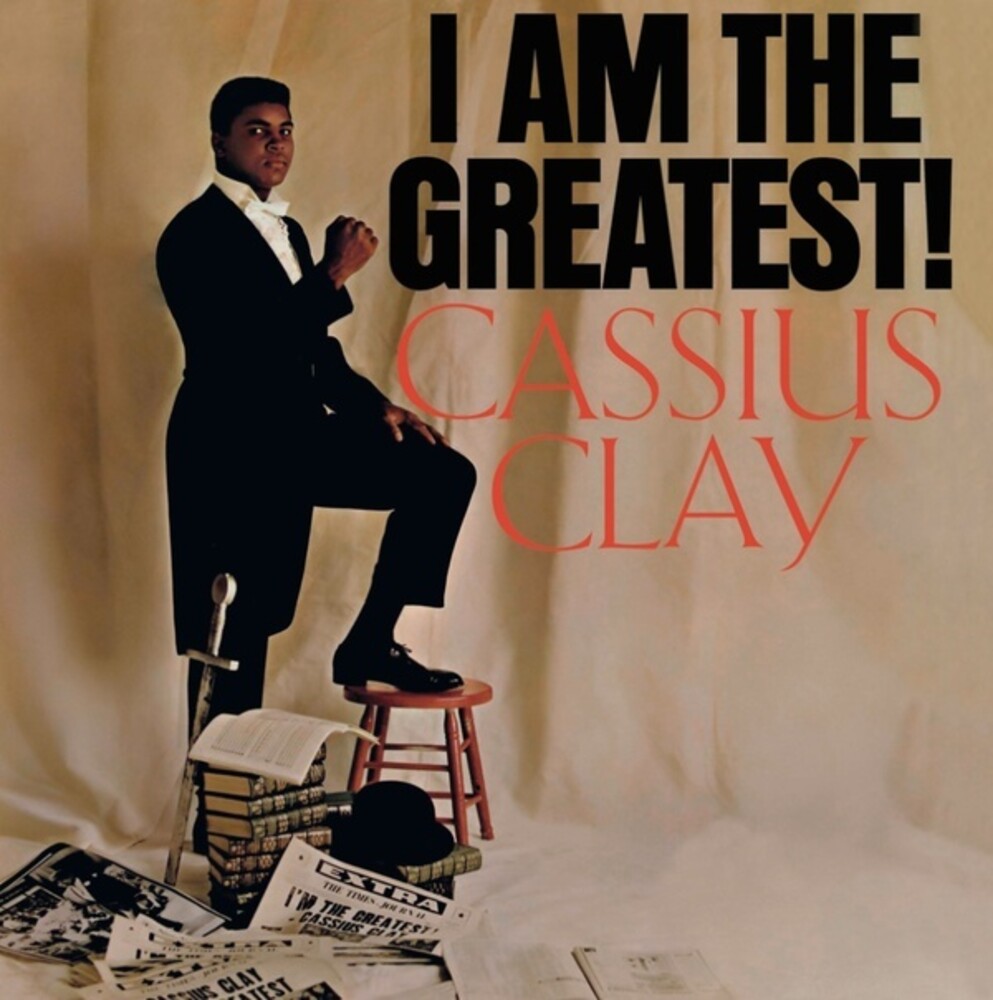 Vinyl LP pressing. Honey Pie Records present a reissue of I Am the Greatest!, a comedy album by boxer Cassius Clay, released in August 1963. Released six months before he won the world heavyweight championship, publicly announced his conversion to Islam, and changed his name to Muhammad Ali. It was released by CBS Columbia. The album helped establish Ali's reputation as an eloquently poetic "trash talker". The album has also been identified as an early example of rap music and a precursor to hip-hop music. The liner notes were written by the American poet Marianne Moore, a longstanding fan of Clay. Clay collaborated on the writing for the album with the comedy writer Gary Belkin, who was listed as producer on the original release. The album idea had been proposed to Clay by the William Morris Agency, and the recording was conducted at Columbia Records' 30th Street New York Studio before an audience of 200 people. Rather than being listed as "tracks", the first 8 entries on the album were listed with "rounds" numbers.