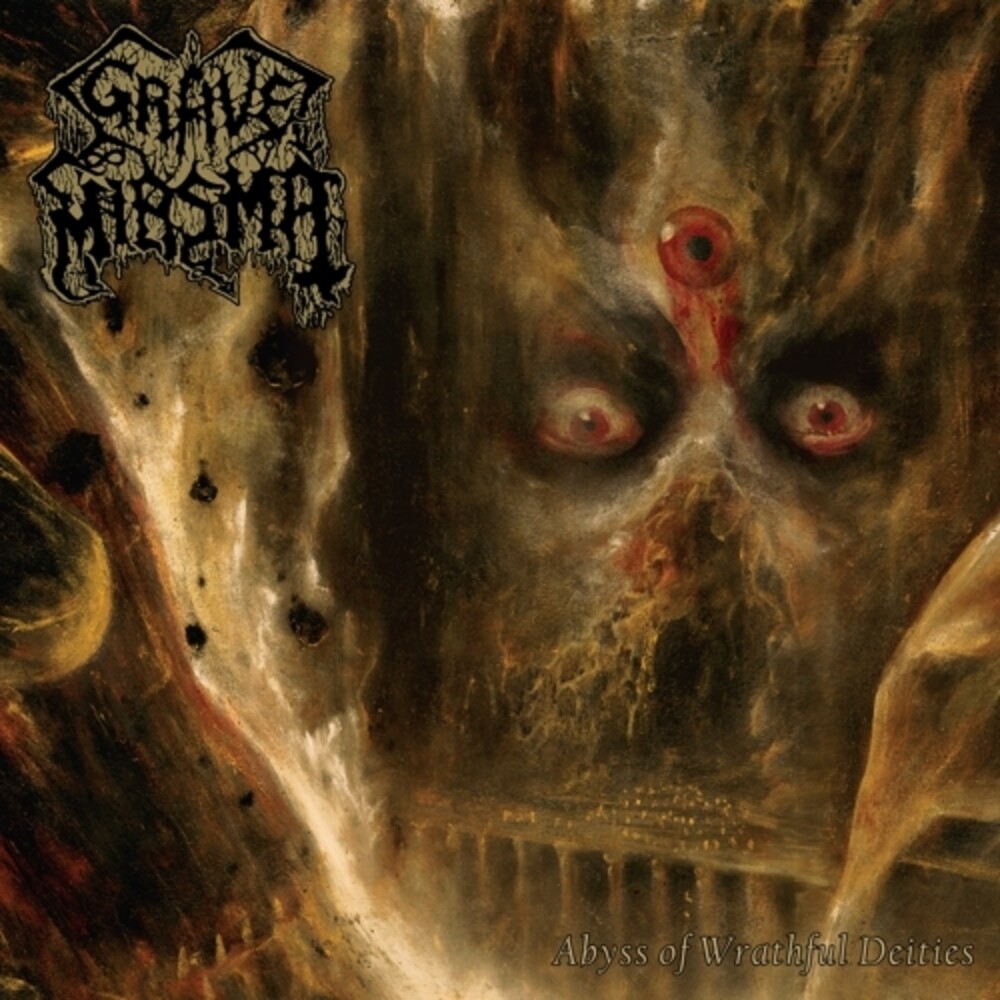 Abyss Of Wrathful Deities is Grave Miasma's latest opus after five years of quiescence. Bone-breaking, aggressive and demonic death metal pairs with the accomplished and progressive production of Jaime Gomez Arellano (Orgone Studios), forming a sepulchral miasma which elevates the band's songwriting to a previously unrivalled level. Developing on the powerful and dark sound pursued on Endless Pilgrimage, the London trio presents nine distinctively enigmatic tracks on death and resurrection, the demons of far-away lands and Tibetan burial rituals. Grave Miasma are both the circling vulture and the epiphany, equally well-versed in the raw and primitive as they are in technical lead guitar orgies. Music not as a means of style, but as an accurately-wielded sharp scythe.