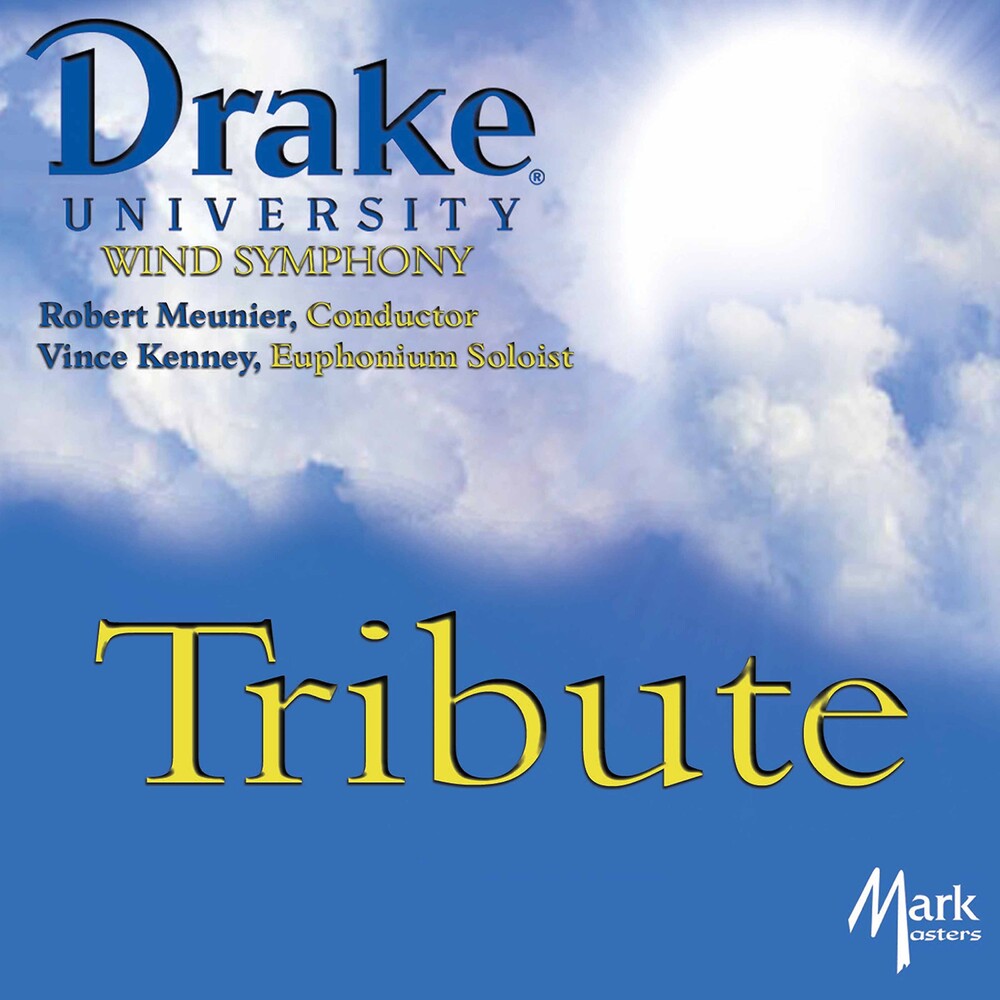 TRIBUTE is dedicated to the memory of Don R. Marcouiller (1925-2018) and to his students, who have had a profound effect on music, bands, and music education throughout the United States. Don, who served as Drake's director of bands from 1956-1987, unselfishly shared his passion for teaching, and his love for people, music, and band with all, inspiring future generations to become their best selves. Drake's premier wind band is comprised of the finest wind and percussion students at the university and dedicated to performing the highest quality literature for band, ranging from chamber wind works to the contemporary band repertoire. Since it's inception in 1998, the Wind Symphony has developed a national reputation for musical excellence. The ensemble has thrice given invited performances for the North Central Division of the College Band Director's National Association. It has also performed for the North American Saxophone Alliance, Iowa Bandmasters Association, South Central Iowa Bandmasters Association, and toured extensively throughout the Midwest. It has also released nine albums.