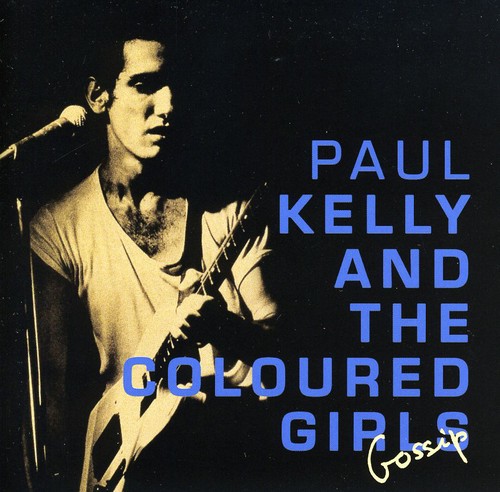 Produced by Alan Thorne and Paul Kelly, 'Gossip' was originally released as a double album in September 1986 - peaking at #15 on the National albums charts achieving gold record status. There was singles chart success for "Before Too Long" which peaked at #15 and "Darling it Hurts" reaching #25. 'Gossip' was also widely released in America - launching Paul Kelly and his band - now called the Colored Girls (after a line from Lou Reed's 'Walk on the Wild Side') on an American tour, initially supporting Crowded House and then head-lining, travelling across the United States by bus. "Darling it Hurts" peaked at #19 on the Billboard Mainstream Rock chart in 1987. The New York Times rock critic, John Pareles wrote "Mr. Kelly sang one smart, catchy three-minute song after another - dozens of them - as the band played with no-frills directness." following the band's performance at the Bottom Line Club in New York.