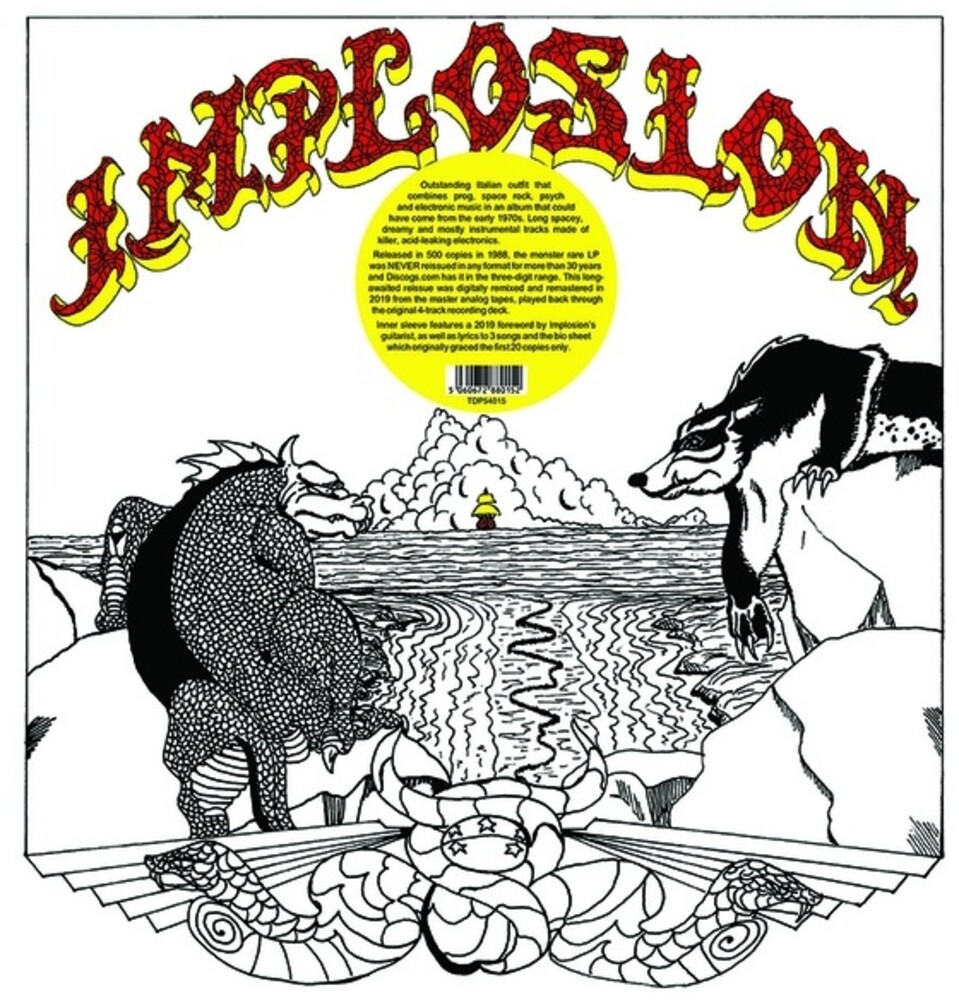 Trading Places present a reissue of Implosion's self-titled album, originally released in 1988. Outstanding Italian outfit that combines prog, space rock, psych, and electronic music in an album that could have come from the early 1970s. Long spacey, dreamy, and mostly instrumental tracks made of killer, acid-leaking electronics. Released in 500 copies in 1988, the monster rare LP was never reissued in any format for more than 30 years and Discogs has it in the three-digit range. This long-awaited reissue was digitally remixed and remastered in 2019 from the master analog tapes, played back through the original 4-track recording deck. Inner sleeve features a 2019 foreword by Implosion's guitarist, as well as lyrics to three songs and the bio sheet which originally graced the first 20 copies only.