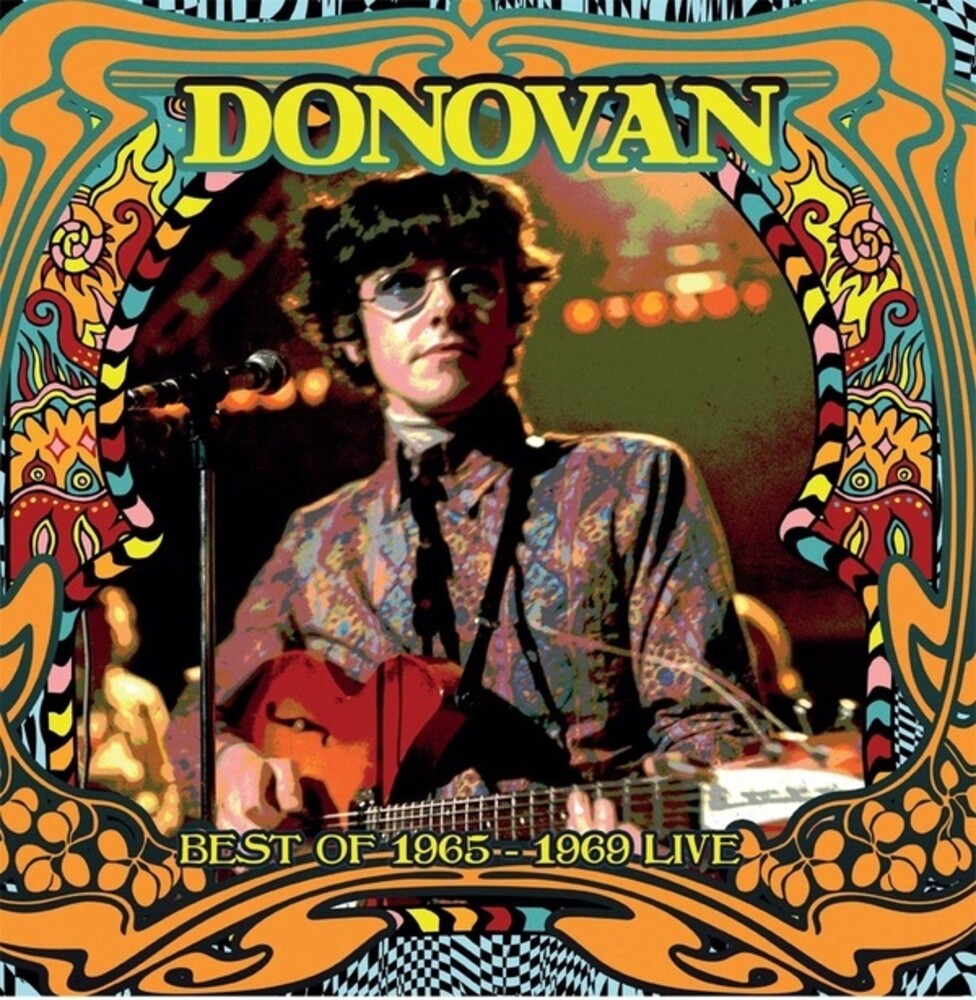 The best of Donovan, live from 1965-1969. Donovan Leitch burst into the UK hit parade in March 1965 with a #4 hit for Pye Records in "Catch The Wind". This recording had been preceded by a three-week run on the TV program Ready Steady Go, unprecedented for an artist yet to release his first record. While Granada had Ready Steady Go, the BBC had a handful of contemporary light programs for radio to host the "happening" current acts such as Saturday Club, Folk Room, and later; Nightride and Top Gear. Here, you travel back to 1965, where Donovan made numerous consecutive trips into BBC's Paris Theatre Studios, presented here are his best performed tracks between 1965-1969, accompanying himself on guitar with additional stand-up bass provided by Spike Heatley and Danny Thompson. This landmark release also includes fascinating interviews with host Brian Matthew. Digitally remastered, first time on vinyl. Orange color, 180 gram vinyl; hand-numbered fold-over sleeve, with insert.
back to top