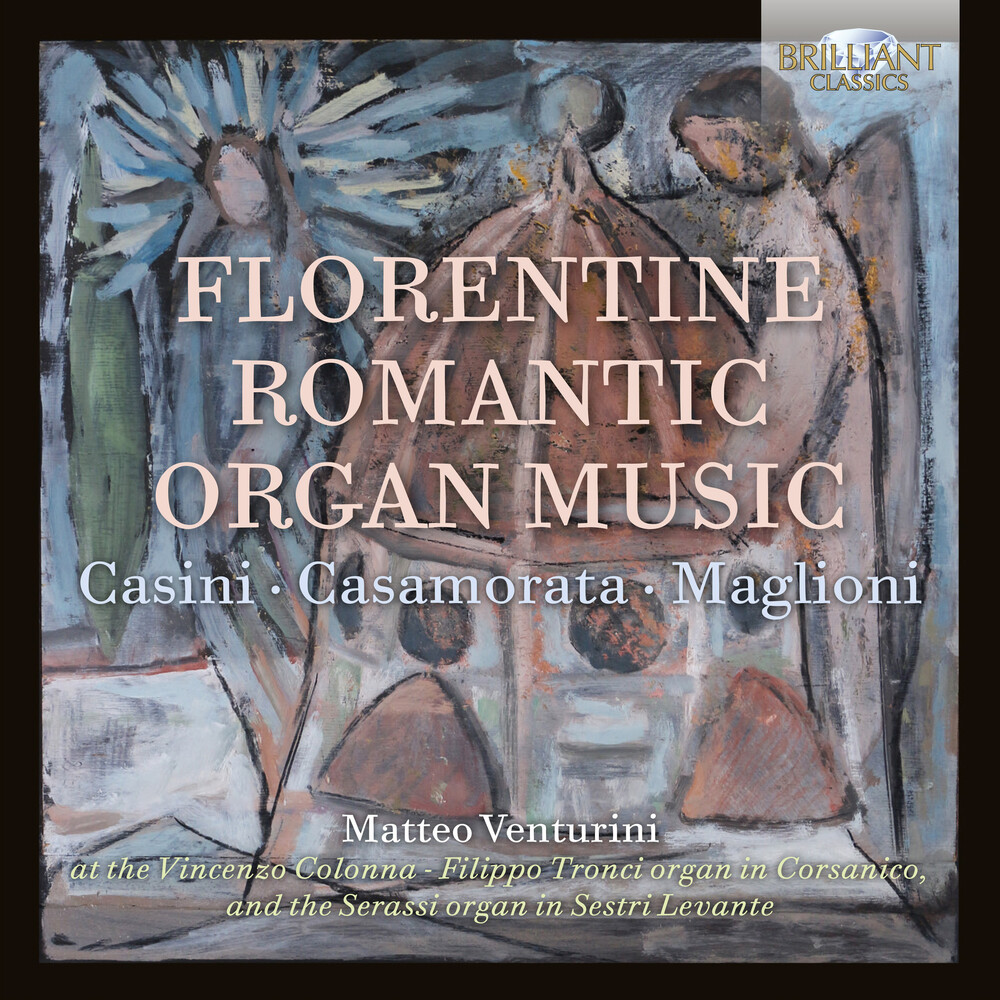 On his latest adventure into little-known reaches of organ repertoire, Matteo Venturini travels to 19th-century Florence and brings back three little-known composers. He opens with a quartet of liturgical voluntaries by Padre Antonio Casini, notable for their fluid brilliance. Luigi Ferdinando Casamorata (1807-1881) was a more significant figure in Florentine musical life who trained in law but composed sacred music throughout his career. These Twelve Short Exercises were designed for use by the students of the newly founded organ school in Florence. Limpid and classical in style, they exploit the full range of colours available on new Italian organs of the period. Casamorata's Organ Mass develops it's ideas in more relaxed fashion, less reliant on counterpoint than concerned to accompany the liturgy in a spirit of solemn devotion. Giovacchino Maglioni (1814-1888) was another composer and administrator who significantly contributed to the renewal of liturgical music against the prevailing fashion for opera. Matteo Venturini has chosen three excerpts from the third part of his Istituzioni Teorico-Pratiche per Organo from the 1870s; in character they comprise a missing link between the sunny extroversion of much operatically influenced instrumental writing of the period and the more sober aesthetic of the Cecilian movement. To capture the original soundscape and spirit of these pieces as envisaged by their composers, organist Matteo Venturini has selected two instruments of the period for this recording. With it's brilliant, direct voice, the monumental organ at Corsanico (Vincenzo Colonna 1606 / Agati-Tronci 1899) lends itself perfectly to the bright colours of Casini's music. The organ in the Basilica di Santa Maria di Nazareth in Sestri Levante (built by Fratelli Serassi, 1832), with it's intriguing solo register sound and magnificent tutti voices, was chosen for the works by Casamorata and Maglioni.
back to top