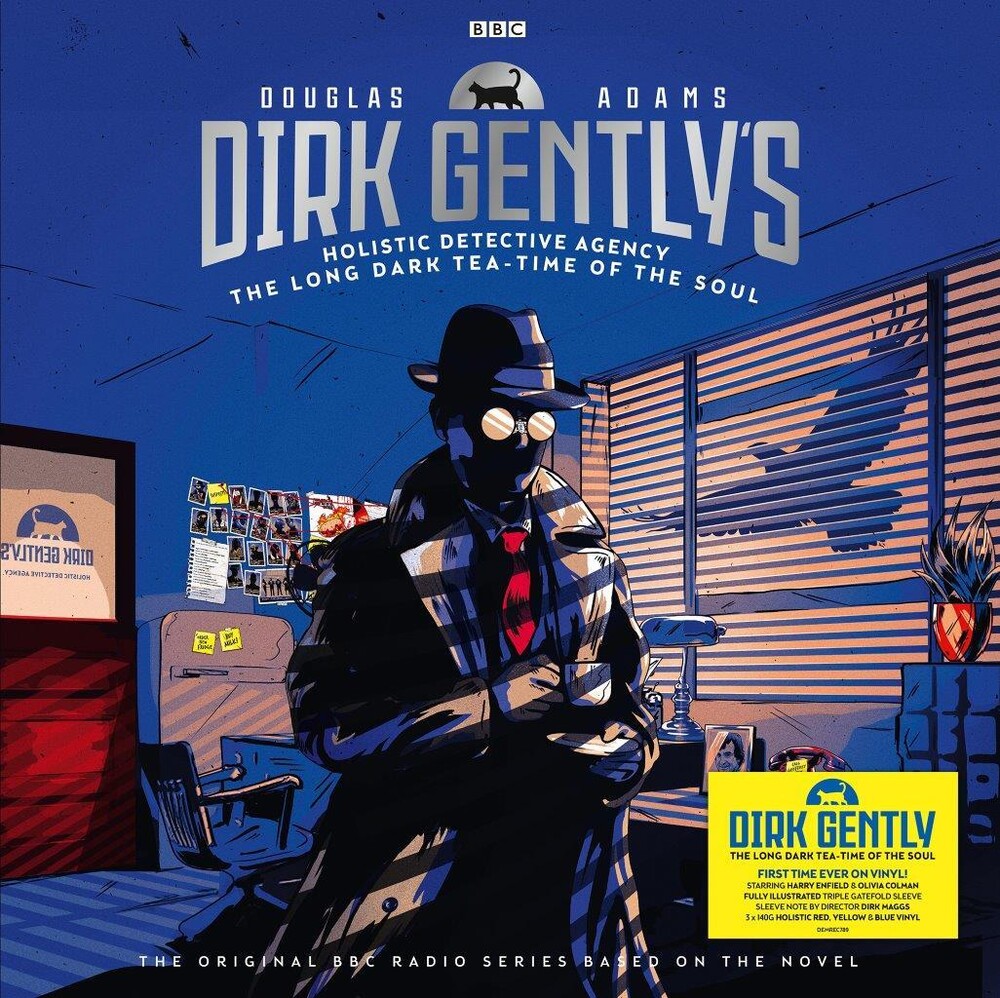 "I am not as other detectives!" Presented in triple gatefold vinyl for the very first time, Dirk Gently - The Long Dark Tea-Time of the Soul sees Harry Enfield return as the singular detective in this full-cast BBC radio dramatisation of the novel by Douglas Adams. First broadcast on Radio 4 in 2008, these fantastically entertaining comedy sci-fi dramas are adapted and directed by Dirk Maggs, acclaimed for his dramatisations of The Hitchhiker's Guide to the Galaxy, Good Omens, Neverwhere and many others. When Dirk Gently's long-suffering secretary, Janice, resigns to work in an airport, it's the beginning of a very strange adventure for both of them. The detective takes to reading palms whilst dressed as an old gypsy woman, but meanwhile the ancient Norse God Odin has fallen into the hands of an unscrupulous advertising executive (and her husband). Bring on Odin's son, Thor, a godlike curse that turns Janice into a vending machine, and countless other interconnected things. Starring Harry Enfield as Dirk Gently and Olivia Colman as Janice, with Billy Boyd as Richard MacDuff, Laurel Lefkow as Kate Schechter, Stephen Moore as Odin, John Fortune as Dr Standish, Philip Jackson as the Vagrant, Jan Ravens as Cynthia Draycott and Peter Davison as Simon Draycott, with a guest cast including Rupert Degas, Morwenna Banks, Sally Grace, Jon Glover, Michael Fenton Stevens and Susan Sheridan, and music by Philip Pope. Adapted by Dirk Maggs and John Langdon from the novel of the same name by Douglas Adams. Directed by Dirk Maggs. Three 140g coloured vinyl discs - in Holistic Red, Yellow and Blue - are presented in an illustrated triple gatefold sleeve, with an exclusive sleeve note by Dirk Maggs.