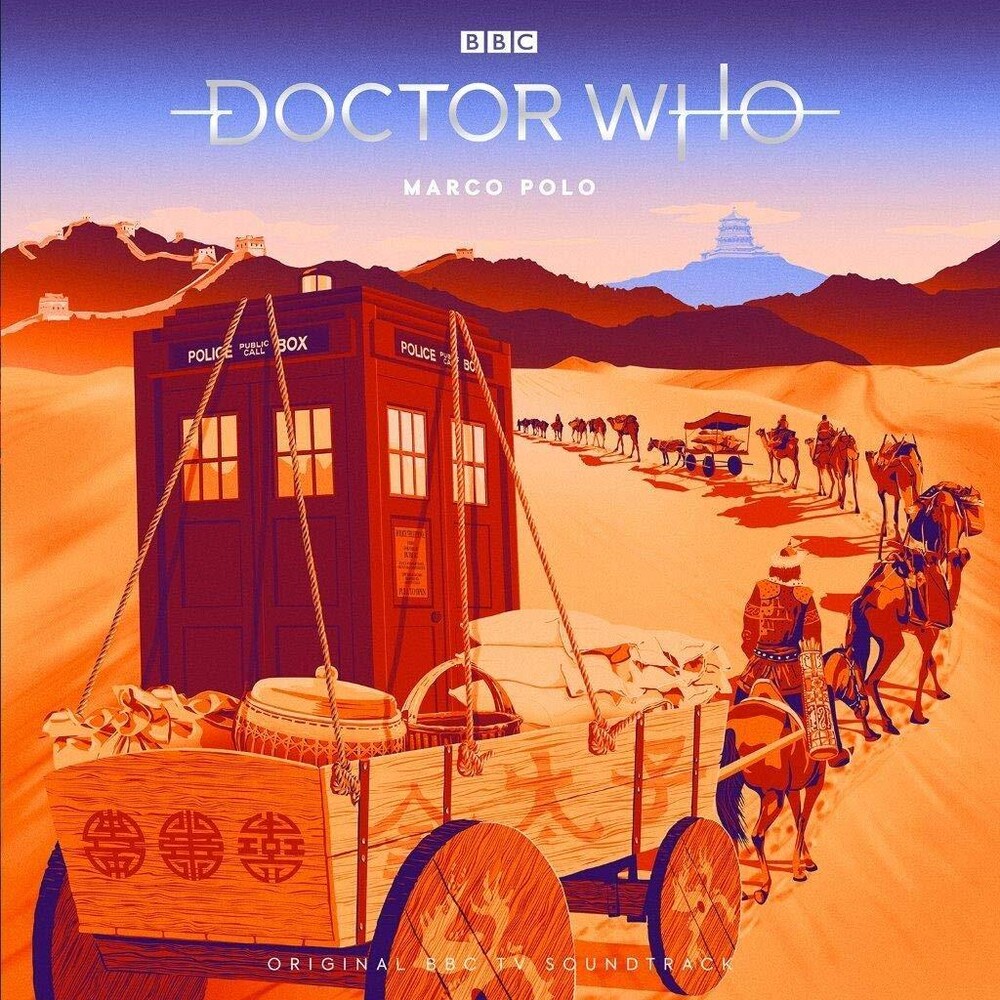 Limited four 'desert sandstorm' colored vinyl LP pressing. Demon Records presents the narrated TV soundtrack of a 'lost' seven-part adventure set in the 13th Century, starring William Hartnell as the original Doctor. When the Tardis breaks down in Central Asia, it's occupants are met by the explorer Marco Polo. The year is 1289, and Marco is crossing the Gobi desert to Peking, for an audience with the emperor Kublai Khan. Marco sets his mind on offering the Tardis as a gift to the Khan, despite the Doctor's protests. The time travelers must endure a long journey, fraught with danger, as they join Marco's caravan in the company of the treacherous warlord, Tegana. Can the Doctor ever win back his magical blue box?