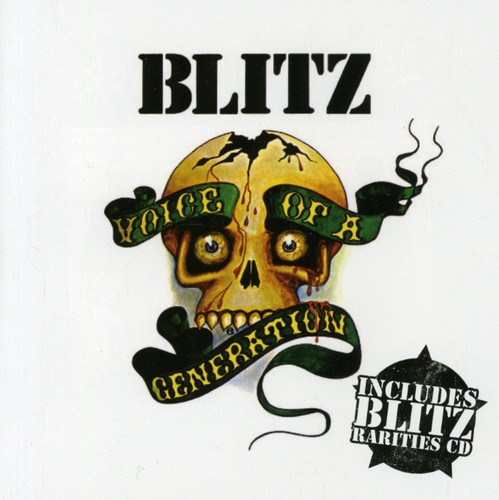 Repressing. Digitally remastered and expanded deluxe edition of the 1982 debut album from the British Punk band. Voice of a Generation reached #27 in the UK National Charts as well as hitting #2 during a five month run in the then influential Independent Chart. Now totally re-mastered by Tim Turan and with the addition of the bands three Indie Chart hit singles for No Future Records plus their contributions to the seminal Carry on Oi! Compilation and the Total Noise Various Artists EP. Also includes a second CD featuring 27 rare demos and live cuts from the height of the band's Punk years. Booklet contains original LP artwork, lyrics to all the songs, pictures of all the relevant records and sleeve notes by Burning Britain/Day the Country Died author Ian Glasper. 55 tracks total.