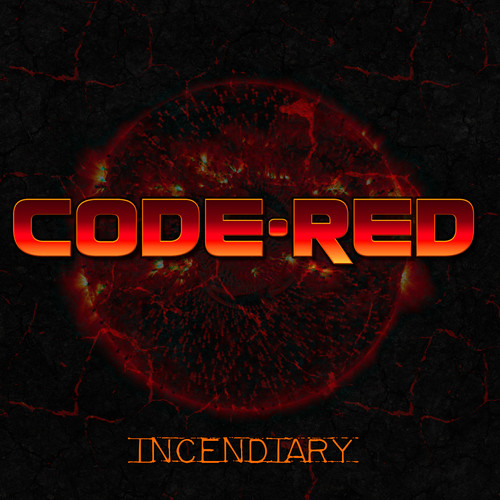 2017 release. Lead singer Ulrick LĂ¶nnqvist initially started out with the band Sahara who released a self-titled album in 2001 on AOR Heaven. Since then he has mainly been working as a song-writer and co-writer for different bands all around Sweden, i.e. with Hal Marabel (Bad Habit), Morgan Jensen (Swedish Erotica), Jake E (Amaranthe), Michael Palace (Palace) and Andreas Gullstrand (Creye) to name a few. So the seed to the new project and band Code Red was planted many years ago in fact, when colleagues and partners became close friends. During 2016 while LĂ¶nnqvist was co-writing songs for the new albums with Jim Jidhed, Creye, Mad Invasion and Find Me, producer Daniel Flores (The Murder Of My Sweet, Find Me) approached him and suggested that he really should record an album of his own. It was never LĂ¶nnqvist's ambition to be a solo artist, but Flores convinced him and wanted to produce the album. The singer teamed up with co-writers Morgan Jensen (Swedish Erotica) and Michael Palace (Palace, Big Time), and along with lead guitarist Oscar Bromvall (Palace, Erika) and keyboard player Kaspar Dahlqvist (Shadowquest, Dionysus) the line-up was complete. Code Red was born. It felt like a natural step to approach Georg Siegl at AOR Heaven, and he believed in the songs and Code Red right from the start. The band recorded their debut album during the spring of 2017 at Sound vs. Science in Stockholm under the direction of producer Daniel Flores and Ulrick LĂ¶nnqvist. It was a pure labor of love, resulting in the melodic rock album titled Incendiary.