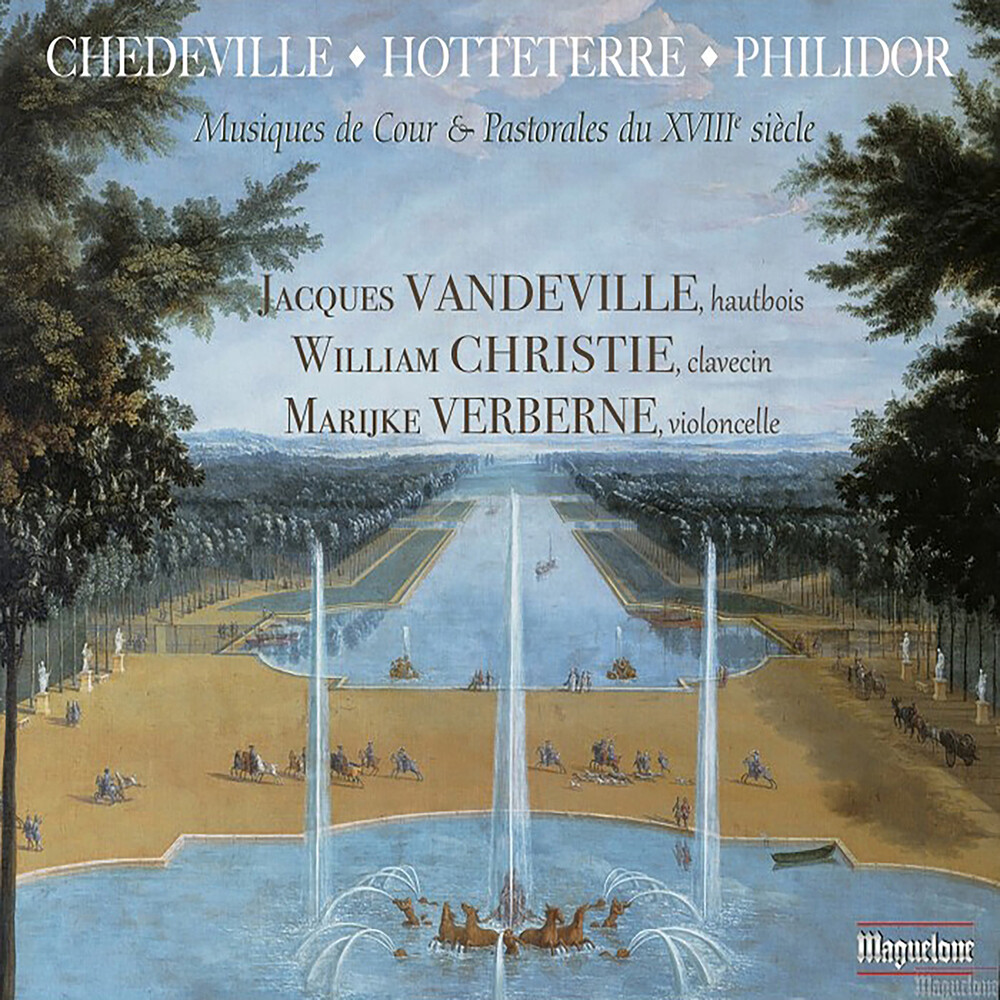 In the 70s, Jacques Vandeville and William Christie collaborated many concerts, including two recitals in Gaveau Hall, JMF tours, and for many Festivals. They recorded four vinyls: Sonatas and Trios by Telemann, The Oboe Art, The 4th concert for oboe, harpsichord and bass, and the Cantatas - with Judith Nelson - of Michel Pignolet of Montéclair. For the collection created by Charles Duvelle "Les Inédits de l'ORTF" (French national radio), they recorded in 1974 "Court and Pastoral Music of the 18th century ". Unlike other 2 albums by ARION which have been quickly reissued, the present "Unpublished" had never been. Now, it's done!