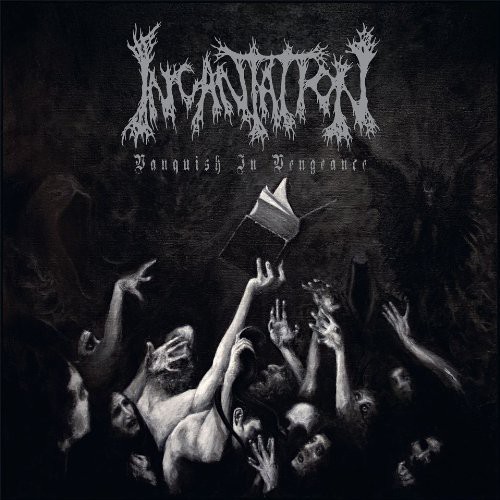 Vinyl LP pressing. Without a doubt one of the most important bands ever to emerge in the world of extreme music, Incantation has set the standard for USDM and is often credited as a pioneer in the genre. For over two decades, Incantation has stood out as one of the most uncompromising forces in metal with their blasphemous and bone- crushing doom-tinged brand of death. Responsible for classics like "Onward to Golgotha" and "Diabolical Conquest", Incantation's legacy speaks for itself. Vanquish in Vengeance, Incantation's long-awaited follow up to 2006's Primordial Decimation, features over 50 minutes of the band's trademark dark and unholy death metal. Recorded at the infamous Mars Recording Compound with Engineer Bill Korecky and mixed and mastered by the legendary Dan Swano at Unisound studios, Vanquish in Vengeance deals with the numerous counts of genocide in the name of religion our society has witnessed over a millennia.