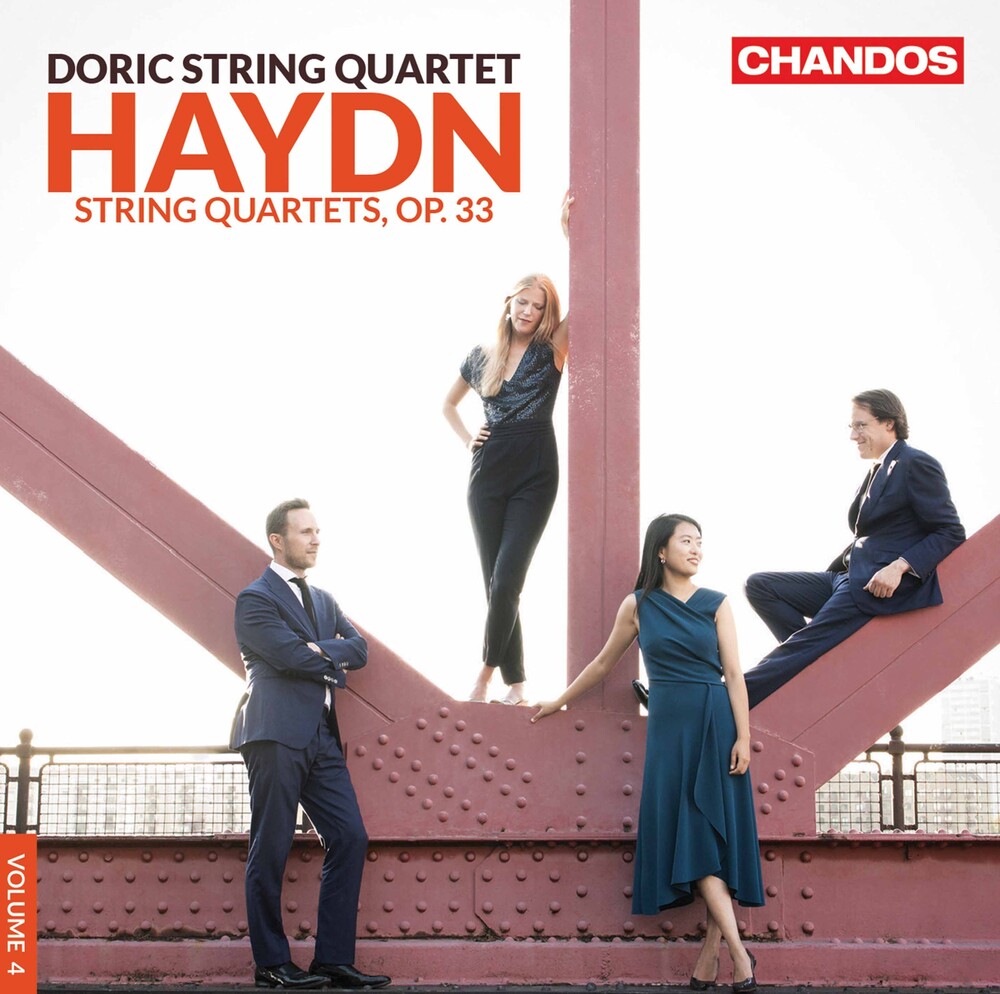 Composed in the summer and autumn of 1781, Haydn's Op. 33 Quartets were dedicated to the Grand Duke Paul of Russia and premiered on Christmas Day that year in the apartment of the Duke's wife, the Grand Duchess Maria Feodorovna. Nicknamed 'the Russian quartets', Op. 33 were some of Mozart's favourites among Haydn's works, and inspired Mozart to write his own set of six quartets, of 1785, dedicated to Haydn. Generally light in nature, the Op. 33 are extremely tuneful works, all set in major keys (apart from No. 1, in B minor), and all written in four movements. Founded in 1998, and exclusive Chandos recording artists since 2010, the Doric String Quartet has established itself as one of the leading quartets of it's generation, receiving enthusiastic responses from audiences and critics alike. Previous releases in this series of Quartets by Haydn have been acclaimed by critics around the world.
back to top