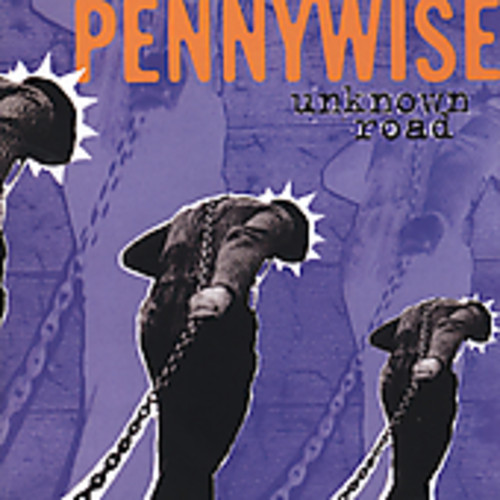 On UNKNOWN ROAD Pennywise step up their songwriting maintaining all their fury and intensity and layout their philosophy of independence and the importance of daring to live every moment to it's fullest. Features such classics as "Homesick," "Unknown Road," "It's Up to Me" and "you Can Demand". Arguably the quintessential So Cal hardcore record of the 90s.

''Unknown Road'' is the second album by Pennywise, released on August 17, 1993 through Epitaph Records. After frontman Jim Lindberg briefly left the band during touring in support of its previous album, ''Pennywise'' (1991), Pennywise began the recording sessions for their second album. Released a year before the success of punk rock in California, ''Unknown Road'' gained Pennywise supporting slots on national and world tours with bands such as The Offspring (who was just about to hit the mainstream with then-new album ''Smash''). Some archived footage of the ''Unknown Road'' tour dates can be seen on the band's 1995 documentary ''Home Movies''.

Like their self titled debut album ''Pennywise'', ''Unknown Road'' failed to chart in Billboard magazine. This would be Pennywise's last uncharted album to date. - Wikipedia