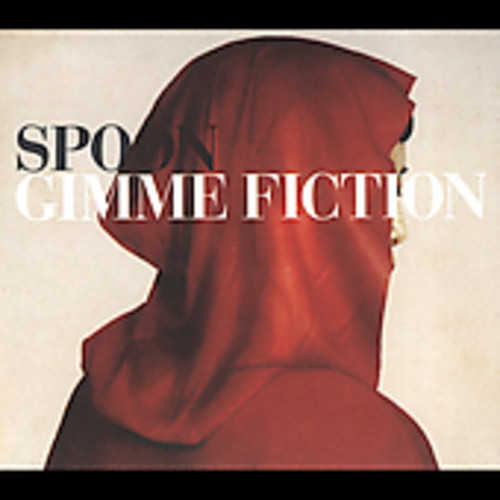 Spoon make some of the catchiest, most confident rock group around. Their 5th full-length album GIMME FICTION, is nothing short of dizzying soulful masterpiece, easily the most expansive work in their career. A sprawling, exhilarating, filter-free album of keenly focused artistic vision and ambition.

''Gimme Fiction'' is the fifth album from Austin, Texas indie rock band Spoon, released on May 10, 2005. It debuted at #44 on the Billboard 200. "I Turn My Camera On" has been released as a single, and garnered some radio-play. Some versions of the album also come with a bonus disc. "Sister Jack" was also featured on the ''Wedding Crashers'' soundtrack. "I Turn My Camera On" was featured on ''Bones'' episode "The Man in the S.U.V". It was also used in The Simpsons episode "Any Given Sundance", and in an episode of Friday Night Lights. "I Summon You" plays through the conclusion to the Scrubs episode "My Perspective". It was also featured in an episode of the now-defunct TV show "Veronica Mars." "The Infinite Pet" was heard in the film ''(500) Days of Summer''.

In a 2005 back page column for the magazine ''Entertainment Weekly'', Stephen King named "I Summon You" his favorite song of the year.