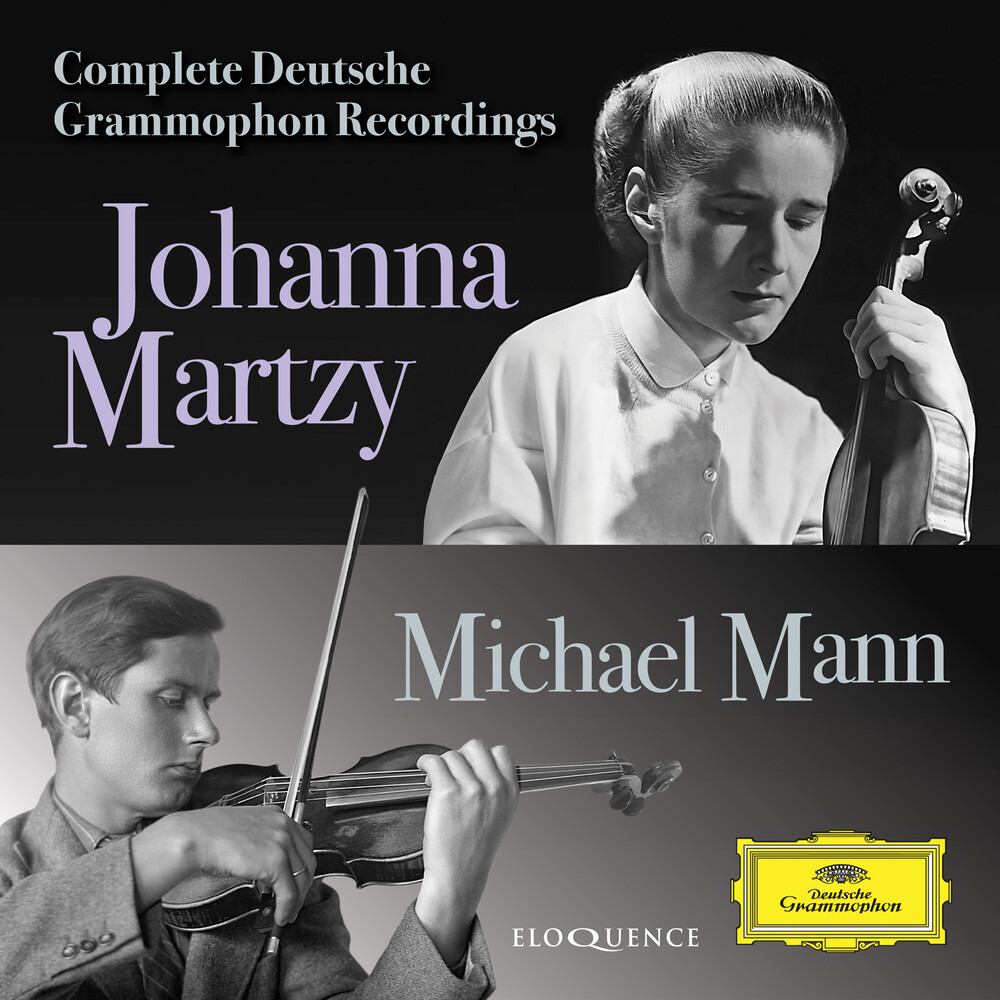 Complete on CD for the first time, the Deutsche Grammophon legacy of cult violinist Johanna Martzy, and of violist Michael Mann. Five original DG albums complete on two CDs. The brilliant tone and discriminating taste of the recordings made by Johanna Martzy (1924-79) mark her out among the finest violinists of her generation. Her EMI albums, supervised by Walter Legge, were once highly prized rarities. However, her recording career began with DG, who partnered her with two of their star conductors, Ferenc Fricsay and Eugen Jochum, in concertos by DvorĂˇk (1953) and Mozart (No 4, from 1955). She had performed the DvorĂˇk with Fricsay in concert, and their recording preserves a harmonious meeting of two fierily temperamental artists, widely rated among the best of the non-Czech recordings of the work. Plans for Martzy to record Tchaikovsky's concerto were abandoned when Legge poached her for HMV/EMI but subsequently lost interest. We are left with a small, precious legacy which opened in 1951, in the dying days of 78rpm recording, with her most constant recital partner, Jean Antonietti, at the piano. Encore pieces by Ravel, Milhaud, Falla and Szymanowski capture her Hungarian fire but do not represent her inclination away from virtuoso repertoire and towards the great sonatas and concertos. Mozart's F major Sonata followed, and then Beethoven's Op. 30 No. 3 as a coupling for the Mozart. When Martzy's encore pieces were reissued on LP, they were coupled in original fashion with two modern viola sonatas played by Michael Mann (1919-76), son of the novelist Thomas Mann. Mann's DG recordings were completed a few months later in May 1952 with the Quatre visages of Milhaud, issued on a seven-inch 45rpm disc; with this release they reach CD for the first time. In his time Mann was recognised as a fine musician in his own right and not merely his father's son. He played in the San Francisco Symphony before teaching German literature at the University of California, Berkeley. Tully Potter provides the fascinating background note.